Rapper Moka Blast, also known as Ladies Love Moka, was born in Arima Trinidad & Tobago and BRED in Southside Queens. He lived in Brooklyn briefly before relocating to Queens where his voracious hustle acumen was honed. Growing up with no parental supervision in Queens’ rough neighborhood of South Jamaica, Moka’s street hustle mentality was developed at an early age.

He developed in to a self-driven and dedicated visionary with dreams of inspiring through music. And his love for writing music lyrics inspired him to attain a college degree in Communications from State University of NY at Buffalo.  Moka is now the owner of Forever Getting Cash recording studios in Las Vegas and the 2Hansum Barbershop startup franchise.  Sin City Nevada, is now home for “The Forever Getting Cash General” as he looks to embark on his next mission objective. 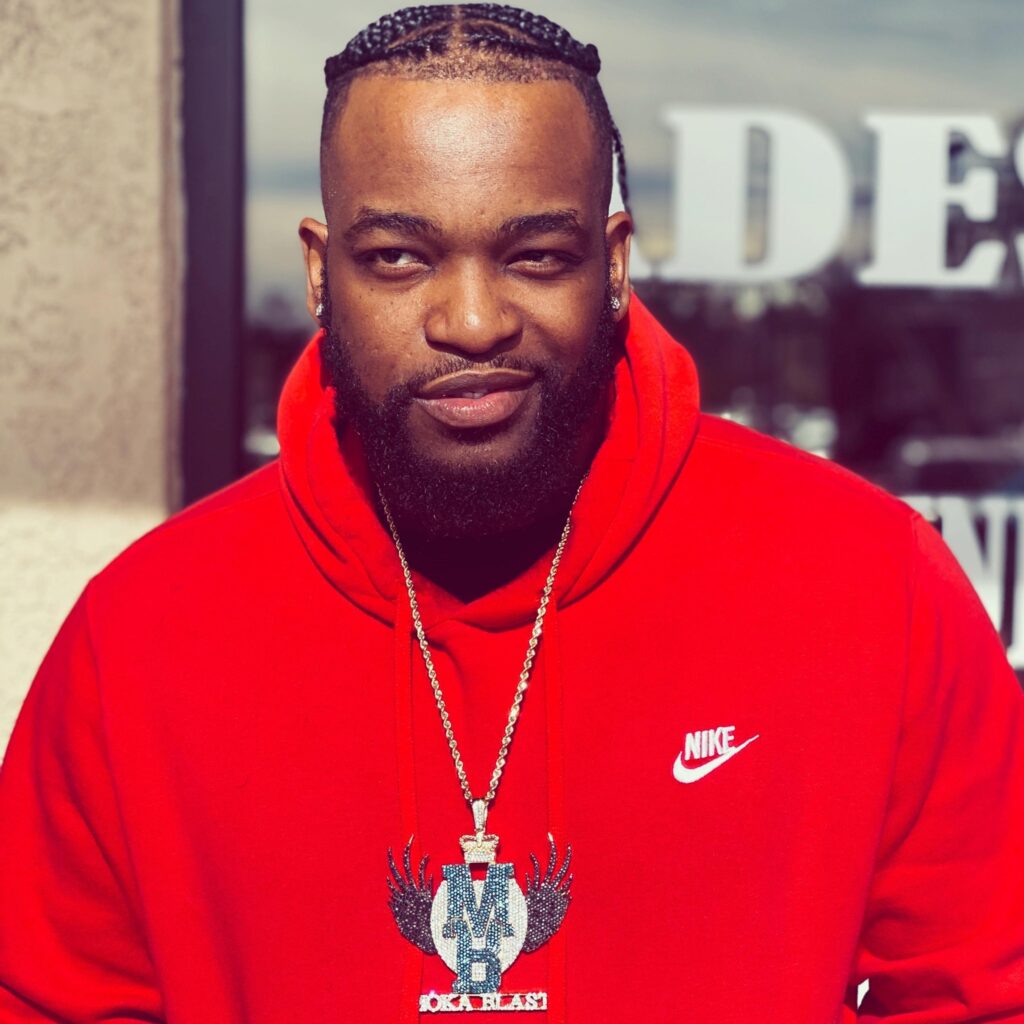 Read the article about “Hiighly Irritable”

MOKA BLAST is sure to shock the WORLD with his debut in-studio album coming soon.

Emerging deep from the depths of South Jamaica Queens comes Hip Hop’s newest Dynamic Talent. From terrorizing the underground scene for years with back to back to back smash Hits! To finally emerging to the forefront of Hip Hop to claim his rightful place amongst the aforementioned names.

“MOKA BLAST” is sure to shock the WORLD with his debut in-studio album that’s already being acclaimed as CLASSIC “Hiighly Irritable.” Famous DeX, Joell Ortiz, Pachino just a few notable names on the Album if you happen to be looking for some heavy hitters!

But being as though, Moka’s range is so much further than the US of A, he also has some truly outstanding international BANGERS as well, featuring London’s first lady, “Lady Leshurr” and the Afro-French R&B star Chopin.

This breath of fresh air album takes you from New York to Las Vegas and keeps your attention as you travel all the way to the Mother Land… with hits such as “Shawty From Africa.”

Moka takes hip hop back to its essence, back to when you were judged on BARS (something Moka has no shortage of) lyrically tested tracks with one of the most intricate metaphorical underground lyricists “Ace1der da don”

But he doesn’t forget the masses, he also gives the modern age of hip hop something to clamber to with several melodic hits featuring his protege who is being deemed the Prince Of Vegas (for good reason) “DireXta.”

Moka’s album listing has no shortage of surprises and immense repeat value. Something that Hip Hop and the music game as a whole, Most Definitely NEEDED!– MokaBlast.com 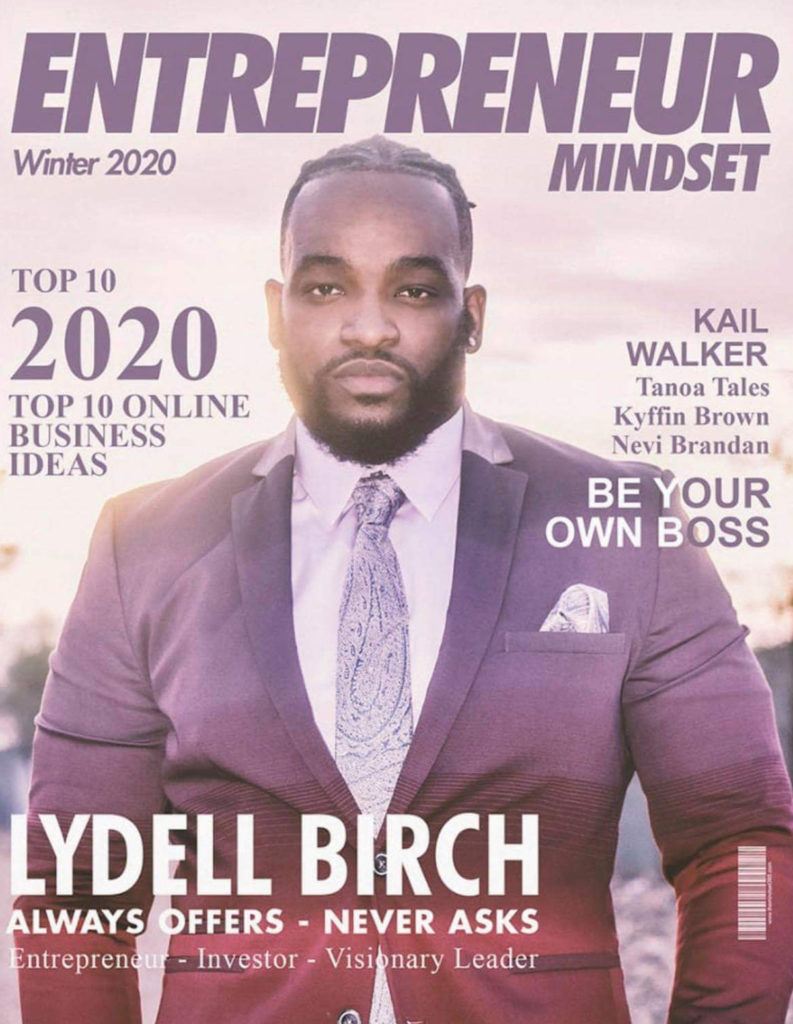 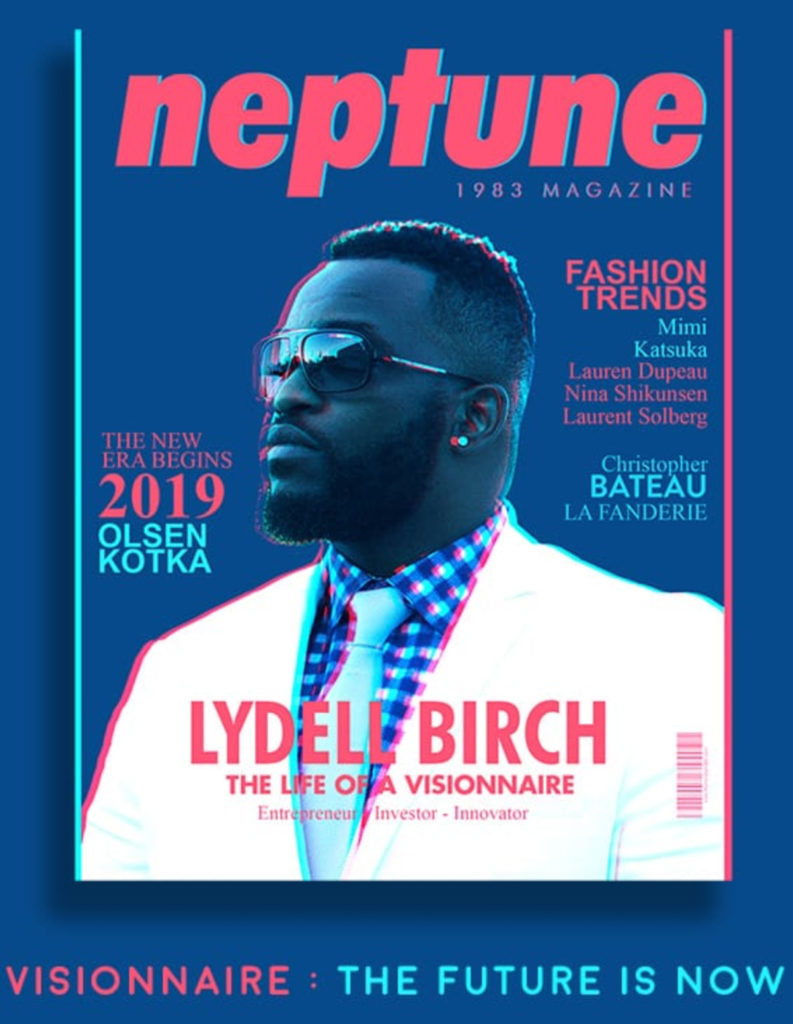 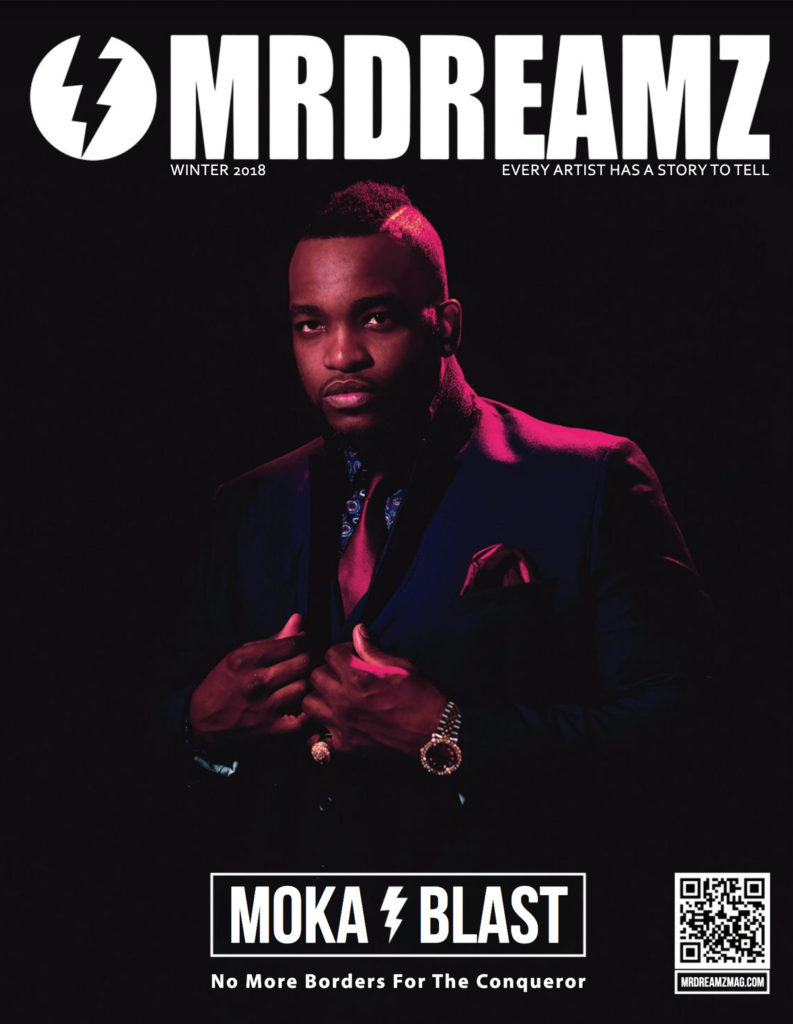 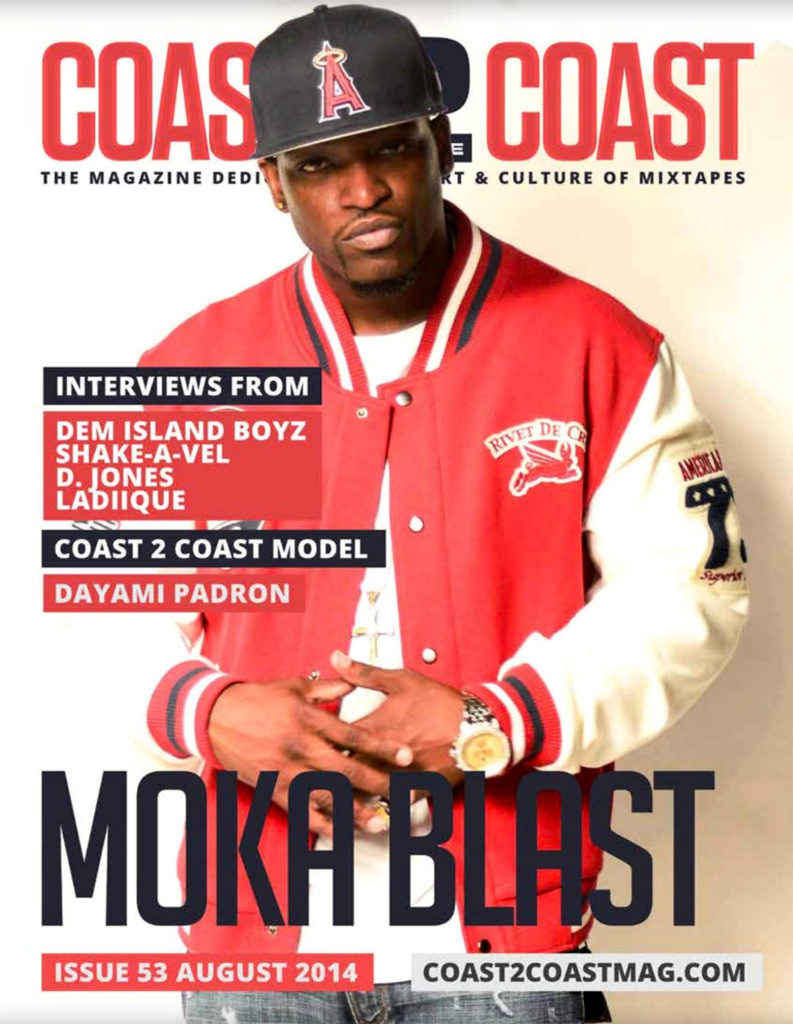 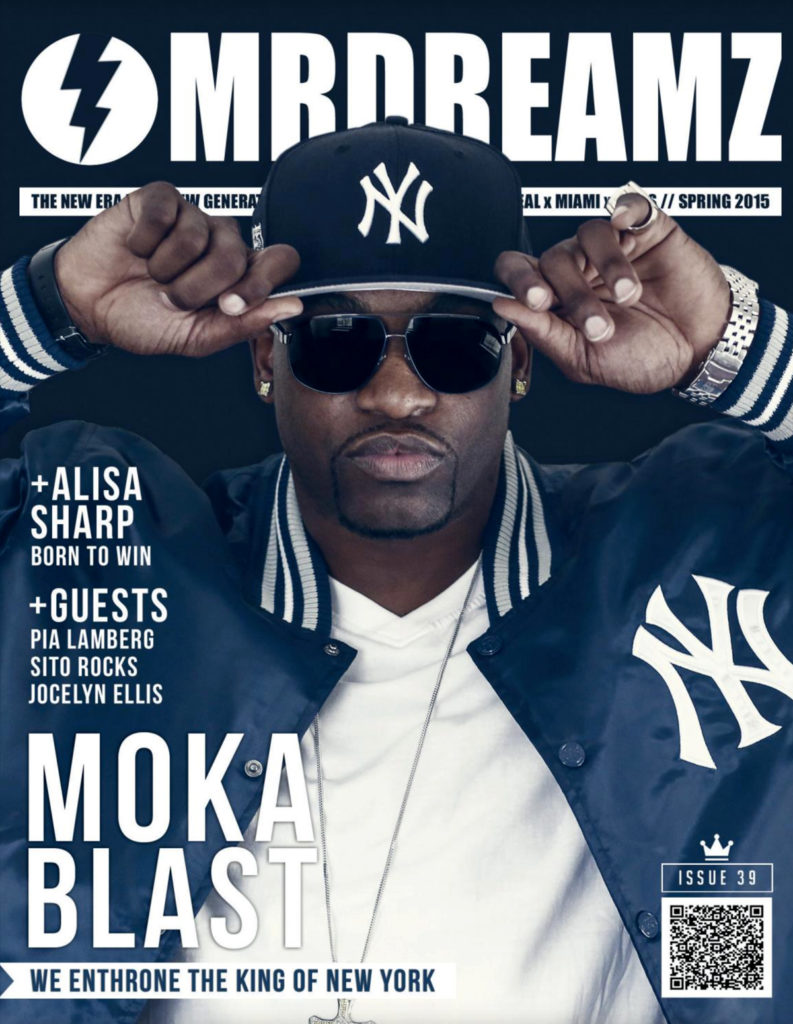 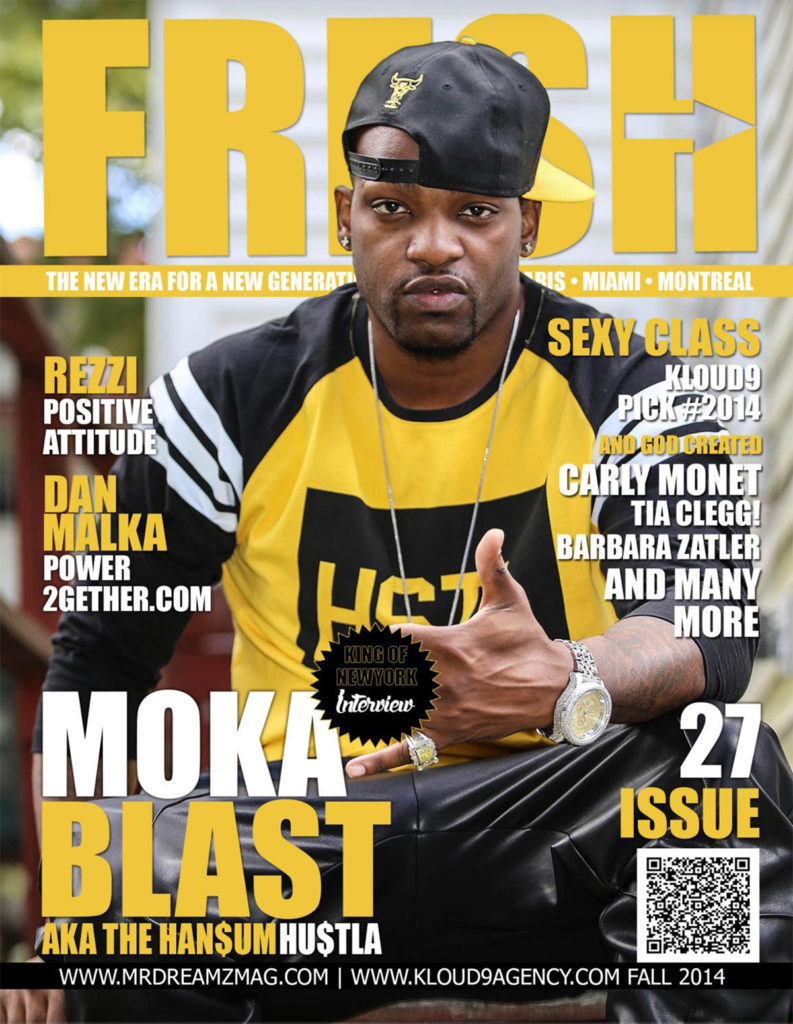 Over the years, Moka has continued to grow his artistry and created tracks with legends such as Chinx, Jadakiss, Dave East, Fred The Godson, Casanova, & Lady Leshurr, In June 2016, Moka released his first groundbreaking album, “Blast Radiius”. He later followed up with “The Blast Supper” in March of 2017 which dropped the same day he started his UK invasion tour with none other than Lady Leshurr.  Moka have gone on to tour the world over and is on the verge of establishing himself as a household brand.

Blast also owns Fly Guy Committee Media Group (FGCMG)– a multimedia company – that provides holistic services to independent artists including music and video production, public relations, tour management, and mentorship. FGCMG also operates a clothing line that creates fly and trendy t-shirts for women, men, and children. Clearly, Moka is a force to be reckoned with. Creating his own career, dictating every outcome along the way, Moka Blast continues to show he’s an undeniable act to emulate. 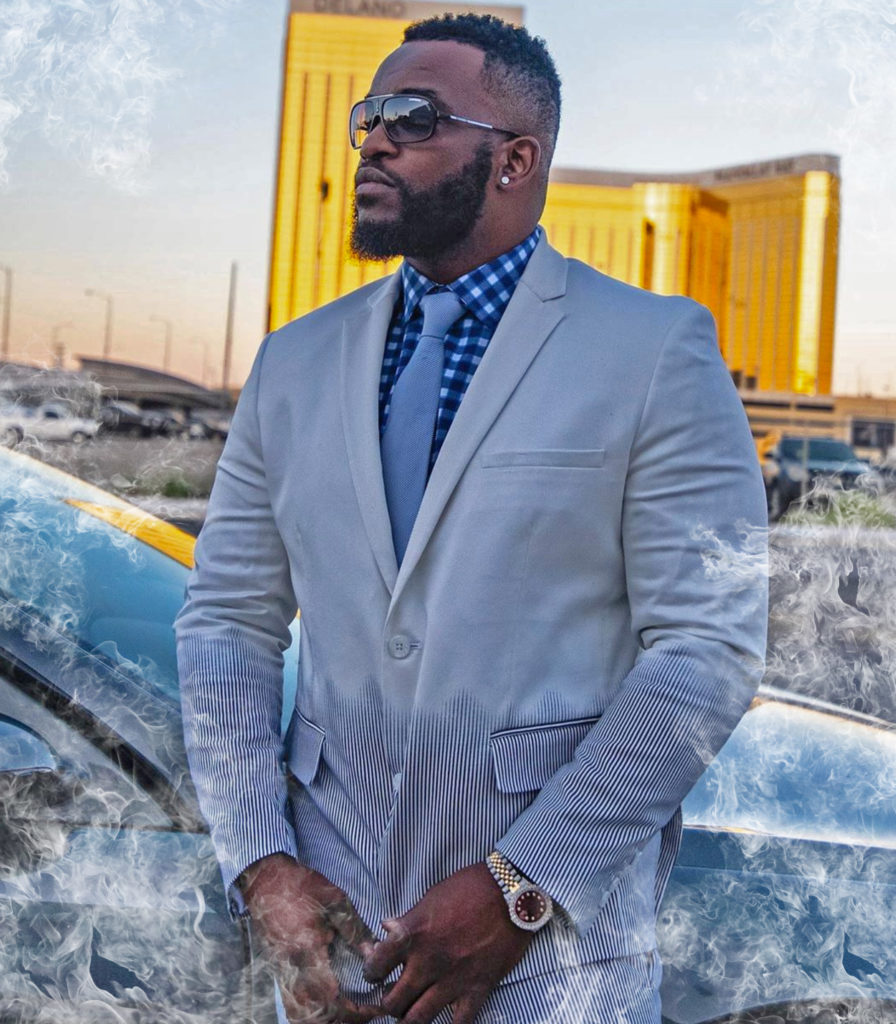